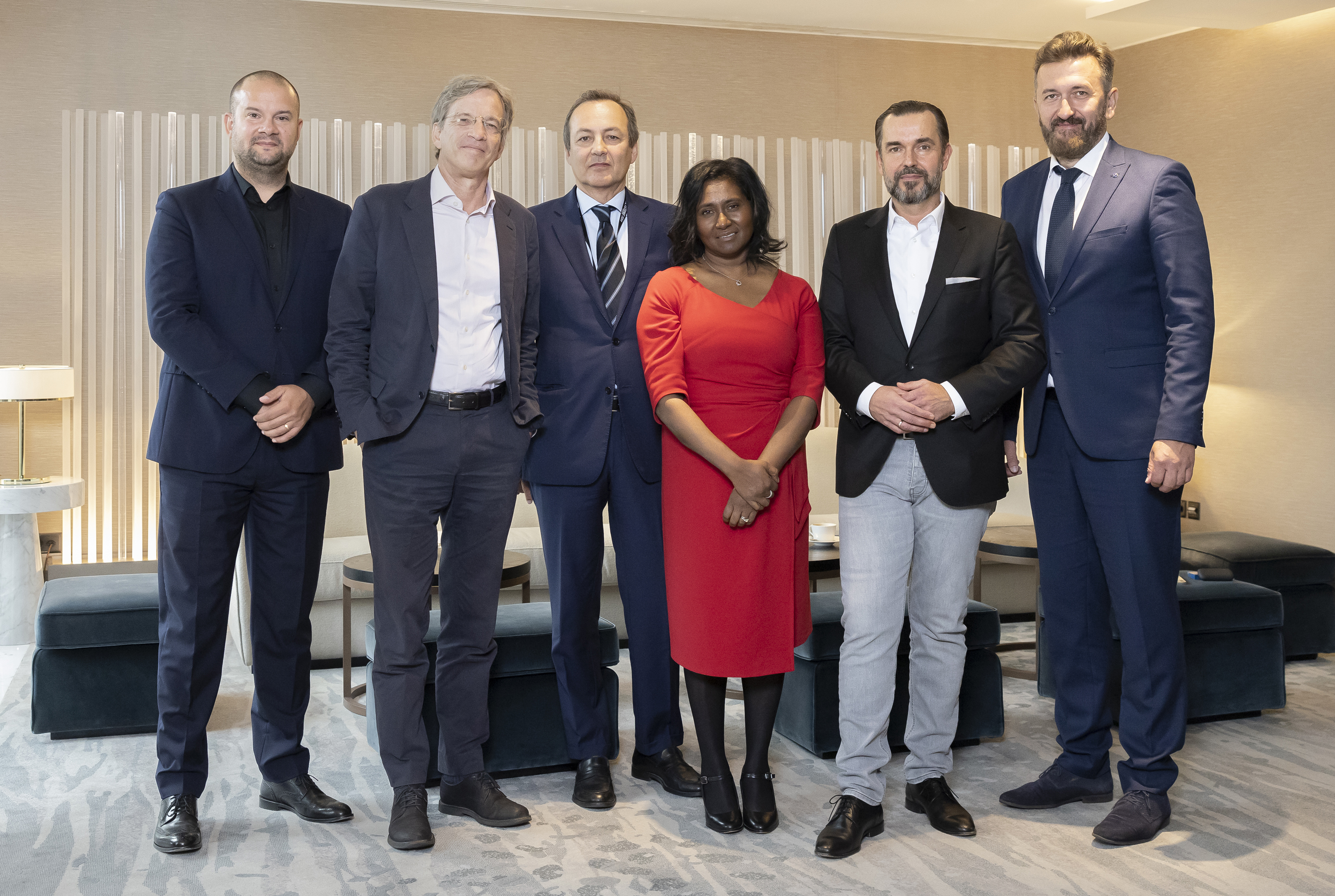 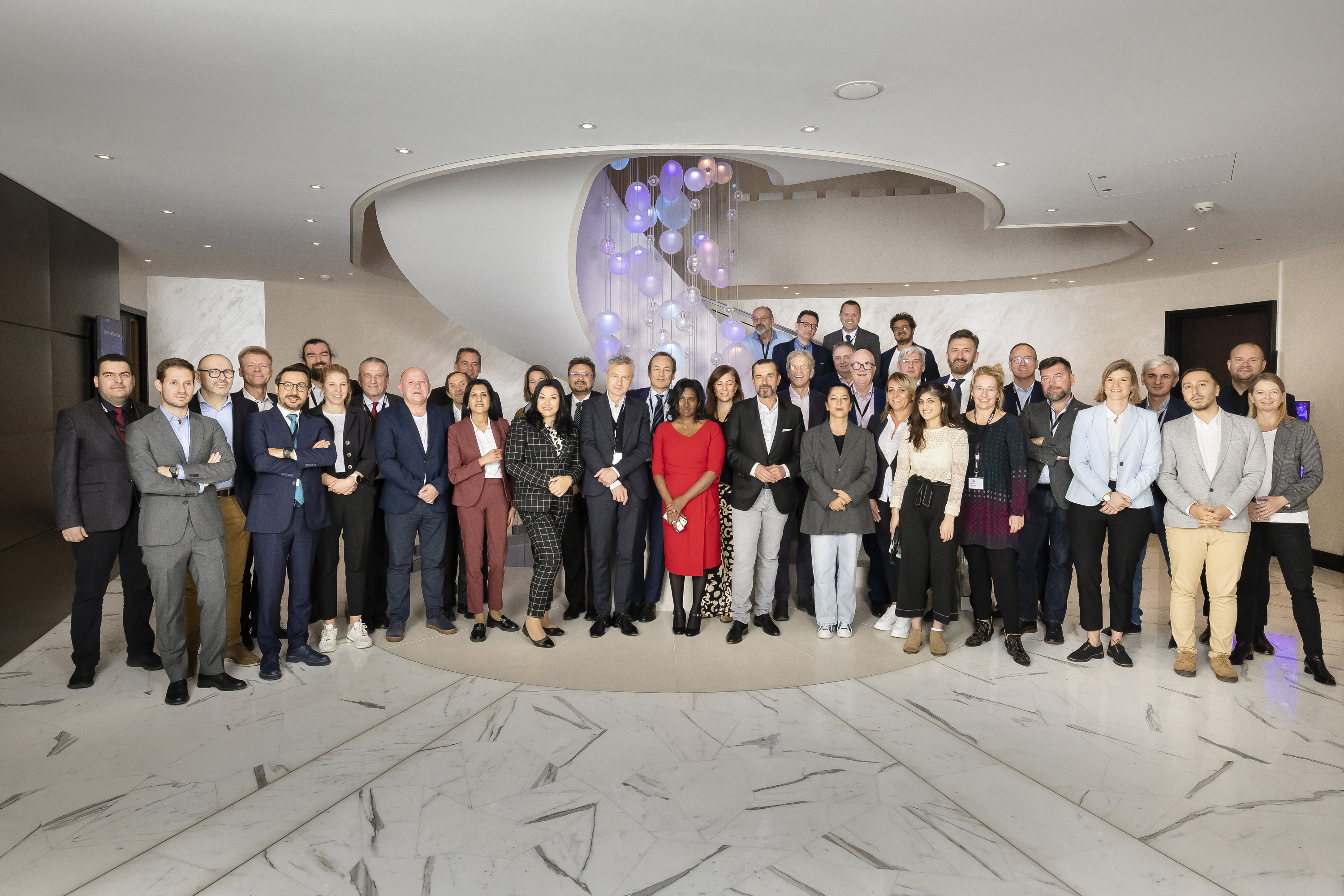 The European Alliance of News Agencies welcomes KosovaPress as new member and Stefano De Alessandri, CEO of ANSA, as new member of the Board

The European Alliance of News Agencies (EANA) gladly welcomes KosovaPress, the largest news agency in Kosovo, to the EANA community. The General Assembly has decided to approve the application of KosovaPress, following extensive research undertaken by the Board of EANA.

As the mandate as member of the Board of Clive Marshall, the CEO of PA Media Group, has come to an end, EANA has elected a new Board member in the person of Stefano De Alessandri, the CEO of Italian news agency ANSA. “It is a great opportunity to be elected as a member of the EANA Board. We have a lot of work to do in support of our members during these really uncertain times, with the aftermath of Covid, war and inflation putting great pressure on the media environment” Stefano De Alessandri said following his election.

Also during the General Assembly of EANA, the EANA “Maxim Minchev” Award for News Agency Quality was given to winning projects from PA Media (UK) and Agencia EFE (Spain). “PA’s data analysis project and EFE’s already acclaimed podcast series prove that news agencies are flexible organizations that adapt well to the changes and challenges that the media environment faces. Both are innovative projects, based on extremely high quality journalism, that can be also widely adopted and replicated by other news agencies.”, said Alexandru Giboi, secretary general of EANA.

The EANA Autumn Conference and General Assembly have taken place in Zurich, Switzerland, as the Russian invasion of Ukraine did not allow the members to travel to Kyiv, as should have been the case. The main topic of discussion during the conference revolved around the media consumption habits of the younger generation, as EANA member news agencies are focusing on how to better meet the needs of customers and of the public. The keynote speakers of the conference were Daisy Veerasingham, president of the Associated Press, Nicolo Pagan, post-doctoral researcher with the University of Zürich, and Claudia Kaupenjohann, manager of Operations & Business Development - Technology Media Telecommunications at PwC Europe.

The conference was sponsored by Dataminr.

Daisy Veerasingham said: “Young audiences are socially aware and highly conscious of inclusion. Diversity is therefore critical to journalism that engages younger audiences. As news agencies we have to work hard to ensure our coverage represents the world in which we live today.”

Nicolo Pagan said: “At today’s EANA conference we discussed the social media trends of the young generations and how they relate to news consumption. I had a great opportunity to present and discuss our findings on how the recommender systems are eventually preventing high quality information from reaching the deserved audience on trending social media platforms. During the following panel, I also discussed the language of the young generations that heavily use ironic (and hardly interpretable) memes to cope with negative emotions and to share personalized view points on facts they feel affected by.”

Speaking about the future of media, Claudia Kaupenjohann said that, in 2026, “we will see a $3 trillion global industry that is more digital, more mobile, more pitched at media that attract the young, more evenly distributed around the globe, and more dependent on advertising in all its forms”.

“The way young people access the news and also the meaning and importance they attribute to media consumption are the center focus for EANA news agencies when it comes to preparing for the future of media. Not all of us are directly engaging the public, but, through our customers, we are reaching an extremely large audience. We have to pay attention to what that audience needs, so that we can better and constantly tailor the products that we deliver to our customers, so that we can support them in their own growth. It is a cooperative vision that news agencies have when it comes to the media environment”, Clemens Pig, the president of EANA, stated.

Alexandru Giboi, Secretary General of EANA, said: “Having a new member is a positive outcome for EANA, especially because the process of selection is making sure that the candidates are up to the challenge. It was also great to welcome the conference day’s keynote speakers who brought a lot of useful insights to the topic of the media consumption habits of the younger generation. News agencies are really focused on meeting customers’ needs and looking towards the future is one way of achieving that goal.”

With 32 members from all over Europe, the European Alliance of News Agencies (EANA) is the go-to organization for the news agency business. While focusing on supporting its members in key aspects related to the evolution of the news agencies in particular, and of the whole media environment in general, EANA also provides know-how and insights into the media business for external interested stakeholders.