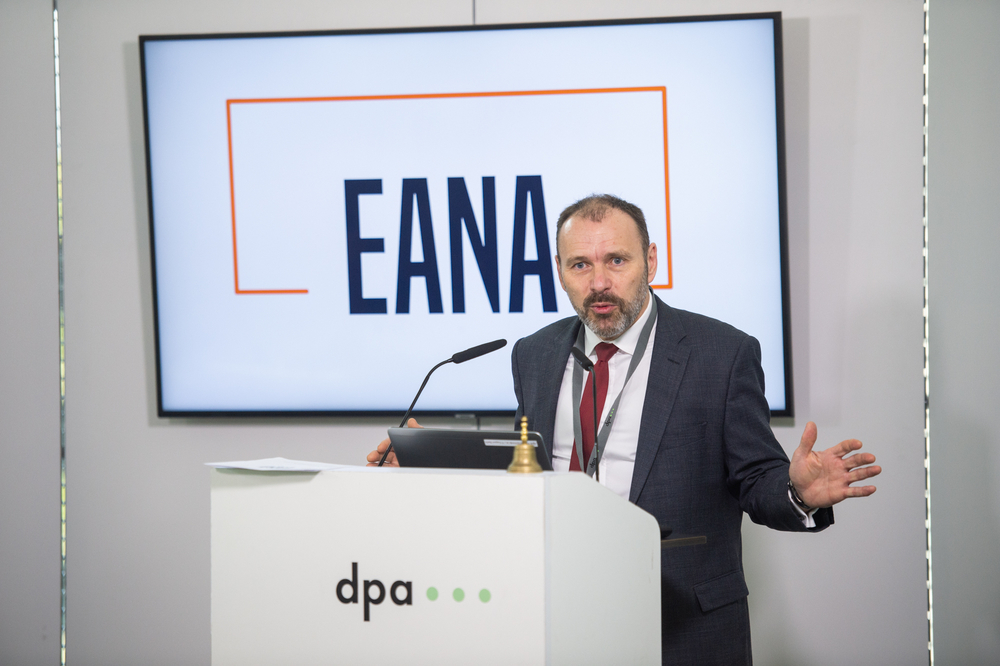 Peter Kropsch (CEO of dpa): dpa's work contributes directly to the democratic society that we intend to hand over to our children some day

With a turnover of 142,5 million euros, dpa conducts its activity trying to best support their customers. Peter Kropsch, the CEO of dpa, considers that  free media that provide fact based information are one cornerstone of a liberal democratic society.

There is a very diversified portfolio of activities under the dpa brand. Which one is more important in terms of revenues?

In terms of revenue the biggest countributor is dpa as the mother company with approximately EUR 93 Mio, followed by news aktuell (press release distribution), dpa-infocom (digital news services) and dpa-picture alliance (picture database). All in All dpa-group´s turnover is 142,5 Mio.

News agencies, as other businesses, have to diversify in order to evolve. But unlike other businesses, there was also a sort of “public mission” related to being at the “basis” of journalism-work. Is that still important?

In dpa´s understanding our mission is to supply the German media with a fact based and unbiased general news service. Hence free media that provide fact based information are one cornerstone of a liberal democratic society. So dpa's work contributes directly to the democratic society that we intend to hand over to our children some day. This is the core statement of the dpa-group's mission.

How did dpa get through the pandemic-generated crisis? Was there or is there any special aid from the German state for the media in general or dpa especially? Do you also foresee any permanent changes to the way dpa worked before the pandemic?

The entire dpa group has been working mobile for about ten weeks. Within a few days after the first cases of contact became known, our employees at the main sites in Berlin and Hamburg switched to mobile working according to the contingency plans. After more than two month dpa's teams return back to the premises following a four-steps-plan reaching out until September 2020. We have now started analysis about the future work processes taking into account the Corona experience. Mobile working will definitely play a stronger role. But also management and leadership processes will change.

There was no state aid for dpa and we did not ask for any.

We see that especially during these weeks our role as a basic provider with independent and verified news has been immensely important for the media in Germany. Appreciation of our work reaches us in large numbers these days. dpa is regarded as indispensable.

Our central question in this time of crisis is: How can we now optimally support our customers? We immediately started setting up mobile access to dpa for all journalists who currently work from home. With the "dpa ID", the central access to our mobile services, this is working perfectly. With the help of this login, which we have accredited to more than 1,200 clients in the past few days, users on our platform can quickly jump back and forth between the different dpa applications and use our content conveniently. This is where development work and investments of the last months and years are paying off more and more. dpa has traditionally been strong in services for the digital markets and further improved these offerings over the past few years. Our digital wires and data services are now in even higher demand as a result of the increased importance of digital publications.

The coronavirus was doubled by an infodemic many specialists called to be unprecedented in spread. Do you think it's easier or more difficult for news agencies to maintain relevance in this context?

News agencies have shown a lot of strength in their role as a backbone of the national news supply. Our relevance is undoubted.

How do you see the future of media in 2 years?

Corona accelerates the demand for digital transformation of the media. Most German media could benefit from Corona as far as their reader market is concerned. There are significantly more subscribers to paid content today. Advertising revenues did suffer. Parts ot those maybe will be gone forever. But there is an increasing conscience about the importance of reliable journalism. Ist the keystone for successful media strategies. The next two years will show who will be able to make use of that tailwind.