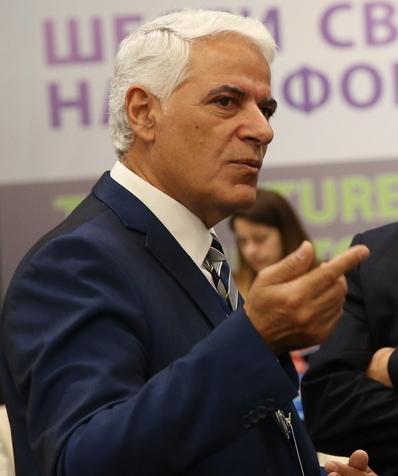 George Penintaex (CNA director): CNA has increased the number of its clients thus increasing its revenues and at the same time there was a reduction of running expenses

The advantages which came with working from home are very important for CNA, according to its director, George Penintaex, who also points out that CNA has  increased its role in the local media, with all media to rely on it while the other media have faced serious economic problems.

How would you define the role of a public news agency during the pandemic?

What is your agency’s relationship with the Cypriot state? Did the state provide any help to CNA or other media during the Covid-19 crisis?

The Cyprus News Agency (CNA) is a semi-governmental news organisation governed by an independent seven-member Board of Directors. Its annual budget is approved by the government and the parliament. The state has not provided any help to CNA during the pandemic. But through a special economic scheme, the state has supported newspapers, which face serious economic problems. Besides, through CNA the state indirectly subsidise the private-owned media in Cyprus, which pay very low (actually symbolic) subscriptions to CNA.

Did CNA take any special measures for the protection of its journalists during the pandemic?

CNA activated its emergency plans and all the staff (journalists and secretariat) worked from home. The tele-work was proved to be successful. No problems have been noted. On the contrary, some advantages came out from the tele-work, such as increase of production and more initiatives from journalists for exclusive stories.

Can you foresee the impact of the Covid-19 crisis on CNA, in terms of revenues or other changes in the agency's activity? How is CNA facing the crisis?

CNA faces the crisis as a lesson to be taught for the future. Since CNA proved to be the main reliable source of information, it has increased the number of its clients thus increasing its revenues and at the same time there was a reduction of running expenses. We have to build on this experience and change strategies and tactics.

The Cyprus experience from this pandemic has shown that the Cyprus News Agency has increased its role in the local media, with all media to rely on it while the other media have faced serious economic problems. I think, news agencies during periods of crisis have the chance to dominate media in the country and show that their role is vital in disseminating trustworthy and reliable news.