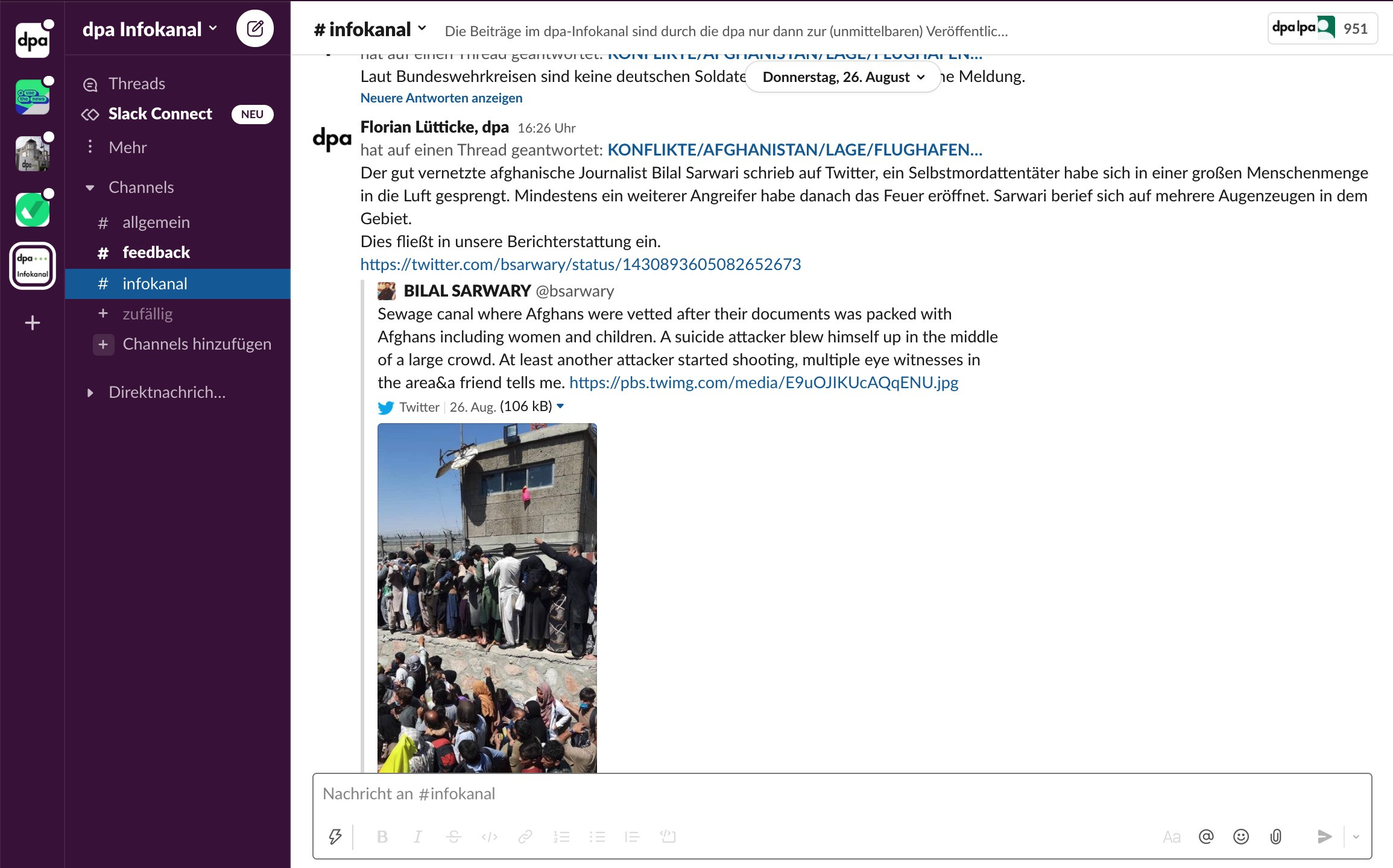 News agencies AFP (France), ANSA (Italy), dpa (Germany) and TASS (Russia) have submitted applications for the EANA “Maxim Minchev” Award for News Agency Quality 2021. According to previous practice of the Board of EANA, the body that decides the winner of the Award, it is deemed that the awarded project should solve a relevant problem in an innovative way, should be applicable to other members, should take into consideration a turnover vs cost analysis, and should also extend coverage of news agencies. As dpa was one of the applicants for the Award, Peter Kropsch, the President of EANA and CEO of dpa, did not take part in the decision-making process regarding the winner of the Award.

The winner of the EANA “Maxim Minchev” for News Agency Quality 2021 is Ms Antje Homburger, dpa Deputy Editor-in-Chief / Head of News who presented the dpa’s project, the “dpa-InfoKanal”.

As dpa’s application reads, “The dpa-Infokanal is the early warning system for editorial offices. All users receive rapid updates on breaking news situations, research and planning details, exclusive assessments, legal considerations and near-real-time updates on the topics in question – even before the story is published in the newswire. This means that clients are kept abreast of dpa’s level of knowledge at any given time and can plan their capacities accordingly. The Infokanal is easily set up via the Slack messenger service. It allows dpa to communicate with users in a quick and easy way.”

The winner, Ms Antje Homburger (dpa, Germany) will be invited to take part in the EANA Conference and General Assembly 2021 in Vienna, where she will present dpa-InfoKanal, and will receive a prize of 1000 euros, a symbolic gift and the EANA “Maxim Minchev” Award for News Agency Quality 2021 official diploma, signed by the President of EANA.

The EANA Award is now named after late Maxim Minchev, former director general of Bulgarian national news agency BTA, who has been a great friend and an important member of the EANA community, always keeping an opened mind and fostering evolution and consensus.

Clive Marshall, member of the Board and President of PA Media Group

Jiri Majstr, member of the Board and Director General of CTK