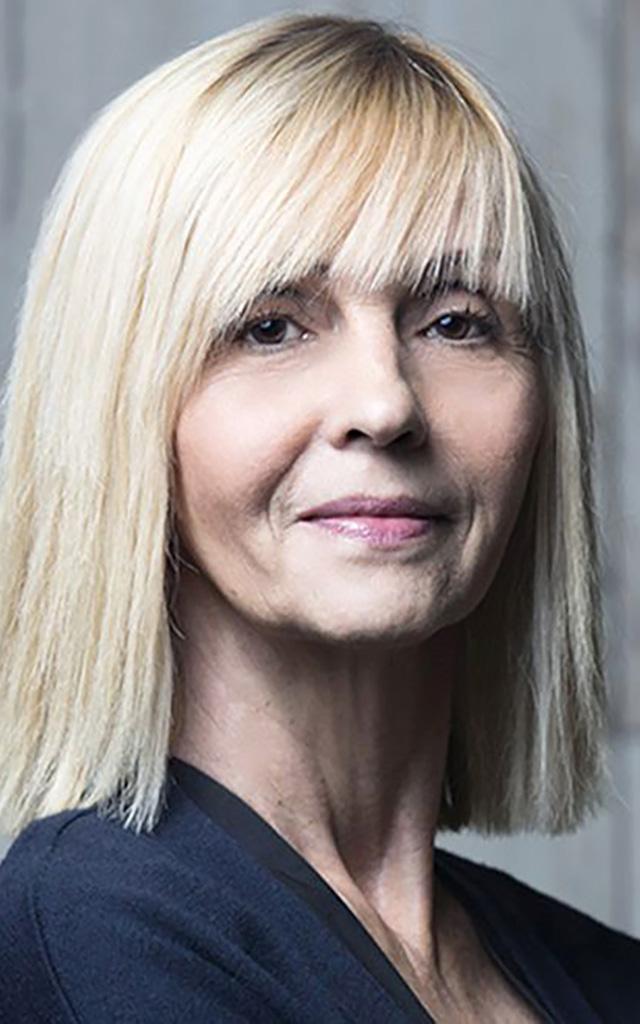 Branka Djukic (Director General of Tanjug): The higher number of Tanjug’s live streaming contributes to the correct, ﻿timely and reliable informing of the Serbian public

Tanjug is one of the news agencies announcing increases in news production during the pandemic. Branka Djukic is one of the managers of news agencies who's opinion is that the some changes due to the corona-crisis will become permanent, especially regarding work processes. More, in the interview below.

How did Tanjug fare through the first part of the corona-crisis? Were there any problems? Did you take any special measures?

Tanjug News Agency, which on daily level usually had broadcast approximately around 100 video contents, since the emergency situation was announced in Serbia, on March 16, it has tripled the number of live streaming, so during the last 40 days we have realised around 120 live streamings, which means three per day in average. There are three main reasons for such extensive approach in live streaming reporting by Tanjug News Agency in such circumstances: first, preventive protection of Tanjug’s newswire and reporters, because, on that why we are informing public and citizens, with reduced risk for our reporters to be in contact with infected persons, because, at the certain event, respectively on the field, there are only cameramen, while journalists are working from the newsroom, from their working place and preparing reports and news. Second, higher number of live streaming’s has doubled contribution in rationalisation of the work of our clients, especially when we are talking about TV. From one side, broadcasters are using Tanjug’s live streaming, so they may not send their reporter’s vehicle and reporters in the field, which also protects them in the swing of this pandemic, while, from the other side, using Tanjug’s live streaming they have economic benefit, taking into account that they may not spend resources for sending reporters, which also requires spendings for logistics. Third, the higher number of Tanjug’s live streaming, which is also broadcasting on social networks Facebook, Instagram, YouTube, as well as on the official Tanjug’s web page www.tanjug.rs, contributes to correct, timely and reliable informing Serbian public, so additionally influences our citizens to have correct information of experts, and to be as less as possible exposed to fake news and manipulations, which are, usually, more present, in this emergency circumstances.

In that way Tanjug News Agency fulfills its essential mission about informing public, and, at the same time, strives to be a publicly responsible company, in the conditions of the Covid-19 pandemic.

How is Tanjug situated now within the Serbian media landscape?

From this point of view I do not see any more the first part of corona crisis. There is absolute continuation, maybe with withdrawal of some measures undertaken by state authorities, but without doubts, with the same trend - raising the number of infected and raising the number of challenges in the business sector, including the media market where agencies should be leaders and to reaffirm their role - producers of news for other media, including portals which pretend to act as some sort of news agencies, and as producers of breaking news for the wider public.

If there were any changes in Tanjug’s activity caused by the crisis, do you think some would become permanent?

I think that huge changes are still waiting in front of all of us; we have to anticipate them and to prepare alternative answers. To be more concrete, what is already clear is the number of people who, as an answer to coronavirus, work from home: video editors, editors, internet service, as well as administration staff, although in Tanjug’s case administration staff is not an important number. Probably it will stay as a model of future organisation of Tanjug’s work because for such duties it is not necessary to be personally present in the headquarters of Tanjug News Agency. At the same time, we are lowering the fees for production, travel, electricity and other material costs.

Regardless of it, we are rethinking the negative effects of working from home in the news agencies case which for sure includes the missing out on creative synergy, brainstorming, the quality of team work and losing identification with the company.

How do you see the future of media in Serbia, in the years after the pandemic?

The media landscape in Serbia is not, as it is in other countries, and will not be pre-dominantly driven by the pandemic influence. Digitalisation is ongoing process and the pandemic has just confirmed the advantages of that process. But globally digitalisation, with the appearance of the internet which different types of information made available to all, permanently has changed the societies, and based on it, permanently has changed the way of communication and media scene. And it is an unstoppable process, in spite of any pandemic. Discussing about the future role and position of news agencies from different angles at this moment is different, even it is impossible to perceive. In that sense it is possible to imagine also disappearance of news agencies as well. Why not? I mean, we have to be prepared for all scenarios. The corona-pandemic is now doubled by an infodemic which is really threatening to societies as a whole.

Do you expect news agencies to gain influence or reach on the media market, or, on the contrary, to decline, in the future, in this context? Do you see news agencies as having a special role?

The first, basic and most important question which Covid-19 pandemic has raised, and which concerns all agencies, the big one and small one, those with wider varieties of media services, as well as those with limited possibilities, is – how to create economic and financial sustainability in a quite new reality, which has been “created” by the pandemic, and in which, without doubts, even after its disappearing, we will live and, especially, function in future. In a very short period Covid-19 has shown the entire vulnerability of media market, and thus the role of news agencies at the market, on which we are less and less producer and distributor of information and news, and more and more business company which is on the same line and in very specific, competitive relation with other printed, electronic and online media, to which we are selling content, and from the other side, at the same time trying to keep our primacy and exclusivity on the market in the way of reporting through speed, relevancy and omnipresence. The fact that we, as news agencies, during the Covid-19 crisis, have raised the amount of number of news items is not a key conclusion which we should point out from such an experience. It was absolutely expected in such, emergency circumstances on global level, and it is experience which we, naturally, have shared, which is normally for our field of work, which excludes the possibility of work from home to the highest extent possible, in addition to printed media and portals, as well as TV networks which in a good part have relied to agency news from the field. So, the key question for all of us is: Does the raised amount of services automatically goes in favor to financial and economic sustainability of our agencies? I am afraid that the answer is not positive, neither unambiguous for agencies which have state subsidiaries, but also for those which are financing its work exclusively on the media market, the group which Tanjug belongs. I have no doubt that also the first group of agencies is facing with difficulties, but, at least they have some kind of support, although, based on the experience from our colleagues, we are witnessing that they are also noting loses. From the other side, we, which are working exclusively on the market, directly and immediately are facing with all tectonic disturbances which are present on that media. Starting from raising the fees in reporting because of the specific circumstances to the loss of income by the media users which have significantly reduced the level of reporting, or reduced the printing, or asking significantly lower prizes for media content because of the real unsustainability on the more and more oversaturated media market. In the short term maybe it looks bridging, but in a long term perspectives it is questioning our financial sustainability. How to keep the level of quality, to rise the productivity and at the same time to be in line with all technological achievements, if our clients are more and more weaker, illiquid and unsustainable? Because, after all, we depend from media, our basic activity is producing information, not PR services, event organising, selling marketing space etc. Let’s not to lengthen, it should be our common focus in the future – how to sustain basic activity, for sure without limiting in development new services and products which will additionally accelerate us. But all of it only with firmly preserving our basic activity, because if it disappears, than, as well, we are losing our essential characteristic – to be news agencies. At the end, Covid-19 global pandemic by its consequences is not only one more experience, but it is bringing the new way of live, the way of functioning and what is the most important – the way of work which will lead us in the future. Maybe it will not be called Covid-19, maybe it will have more actual name, but, for sure it will force us to continue with adaptations or finally to start with it, because either all of us, individually will adapt, as well EANA as an ‘umbrella organisation’, or we will disappear. In fact, it is all about the market. Media market will survive much more similar challenges, maybe new pandemic, maybe completely different type of “virus”, but maybe some of us will not, in the world which is changing essentially.